If you travel frequently for work, or work in a state different from where you live, you are likely to have a lot of questions come tax time.

All these issues are discussed in this guide to understanding resident versus nonresident taxes.

What are Nonresident Taxes?

Nonresident (state) taxes are those paid by an individual who spends time working or conducting business in another state.  For example, if you live in New York and traveled to California for business, you will attribute what you earned during your time there as income subject to California taxes.  In many cases, your employer may withhold taxes on your behalf.  Be sure you have filed the necessary paperwork.

Nonresident US tax filers are subject to a different set of rules than those filing state taxes.

Do I Have to Pay Taxes in Both the Nonresident and Resident States?

Am I Getting Double-Taxed on My Income?

You must still remit taxes on income earned in the nonresident state to that state’s revenue department if you meet the minimum income filing requirements.  However, you are allowed to take a credit for the taxes you paid to that state (and in some cases locality or other jurisdiction) on your resident state return.  For example, if you paid $10 to the state of California, you would get a credit of $10 on your New York resident return.  If the calculation is more complicated than that, you will want to consult your tax advisor for more information on exactly how the credit works.

What About Local Taxes?

Resident states will typically allow for a credit if you worked in a jurisdiction that assesses a local tax.  Some states, such as New York, also include a credit for taxes paid to Canadian provinces.

Are There Exceptions to This Rule?

Some states have reciprocity agreements with other states.  This means that rather than paying taxes to your nonresident states and taking a credit on your state return, the nonresident state does not require payment of taxes earned in its jurisdiction.

The following states have reciprocity agreements (states of employment are on the left).

To receive the benefits of the reciprocity agreement, you must ensure that you file the proper exemption form in the state where you want to work.  With a properly filed exemption form, you will only be subject to your resident state tax on the applicable income.

Unfortunately, if you reside in a state with no income tax, you will still need to pay taxes to the nonresident state for any amounts owed.  You will want to file a nonresident return in that state should you meet the minimum income filing requirements.

What Happens if I Move During the Year?

When you’re a part-year resident of more than one state, as well as working in multiple states, things can get more complicated.   Here are three different scenarios to consider, in which the taxpayer lives in state A and works in state B at the beginning of the year, and then moves halfway through the year (assuming all states involved have an income tax).

1) Taxpayer Moves from State A to State B, and Continues to Work in State B

Looking at each half of the year as a separate filing period:

2) Taxpayer Moves from State A to State C, and Continues to Work in State B

For the first half of the year, the tax filing process would be the same as in the first scenario above.  The taxpayer would file a nonresident return in state B and a part-year return in state A, where they would take a credit for the taxes paid to state B, but only for the portion of the year lived in state A.

3) Taxpayer Works in State B for the First Half of the Year, Moves from State A to State C, and Begins Working in State C

For the first half of the year, the taxpayer would file a nonresident tax return in state B.  They would then file a part-year return for state A, taking a credit for the taxes paid in state B.

For the second half of the year, the taxpayer would file a part-year tax return in state C for income earned while living there.

It is important to note that these scenarios apply in most cases.  Some states have different rules on tax filings, especially for married couples in which only one spouse has nonresident income, or if the couple are filing separate returns.  Other states, like New York, have special residency restrictions requiring those who are living in, or are present in, the state for a certain number of days to file a full-year resident return.  In these instances, it is a good idea to speak with a tax advisor regarding the complexity of your circumstance.

What if I Worked in More Than One State Throughout the Year?

Nonresident tax situations can be complex.  This guide is meant to help you rest easier come tax time.  If you have any questions, contact your tax advisor for more information. 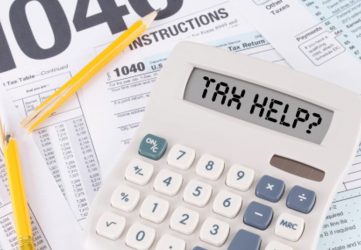 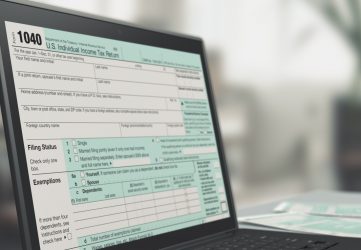